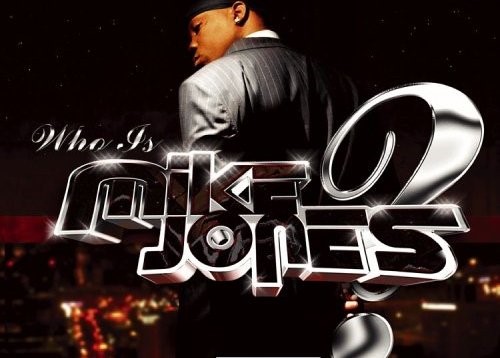 My wife is pregnant with a girl, our second child. I have a specific naming policy which I had not described before.

In a recent brainstorming session, a gay hipster friend of mine complained that all my eligible options were boring / vanilla. While the gay hipster makes excellent music playlists for me, I don’t need help in choosing names. Why?

I don’t really care what the children’s names are as long as they adhere to my policy. While my policy greatly restricts the options, I let Wifey choose. Although she has occasionally been frustrated by my vetoes, she agrees with the logic. My one rule:

The name must be spelled the same in both English and Spanish.

In my seven years in Latin America I have met many, many manymanymany Latin-Gringo couples. Most give their children exotic and invented names. Many are readers and may believe I am writing this about them specifically. No offense, friend, just my case for a different approach.

My strategy was inspired by two experiences. The first was the name study popularized in Freakonomics, and the second was the childhood trauma of growing up with an exotic name.

The original Freakonomics text included a fascinating chapter about how names affect a person’s job search. The economists behind the Freakonomics brand have since gone so far as to allege that, beyond a loving home environment, selecting a suitable name is the only important thing a parent does for a child.

The study looked at the rate which job applicants with typical African-American first names obtained an interview. The researchers used an identical resume with a first name common to both white and black people to compare the interview-obtainment percentage. Not surprisingly, the distinctly African-American names received fewer interviews.

The entire idea of naming economics led me to one conclusion for the naming strategy: don’t fuck it up for your child.

I doubt you can really score points with a name. Maybe a resume from Tucker or Katherine will lead managers to say, “That sounds like a guy from a good family with a stellar education behind him. Definitely put him on the list!” But Trayvon and Ebony definitely lose opportunities.

Because the study used African-American names, you may be thinking that doesn’t apply to you because you aren’t considering anything like Darnell or Tameka. But if you are reading this blog, you most likely live in a Latin American country. Apply the same logic. What kind of names are going to handicap your child?

In Peru, the indigenous majority is the historical victim of class and racial discrimination. So given the last name is out of your control, the easiest way you can hold your child back is by giving him or her a typical Indian first name.

Interestingly, the indigenous and Afro-Peruvians tend to give their children gringo names. I noticed this in the lower classes of Colombia too: names like Washington, Jhony, Yennifer and Yessica.

The gringo names are the lower classes’ way to defy the upper class by rejecting Hispanic culture, the oppressors, in favor of the superior gringo culture which they seem to aspire to for their children.

However the Spanish tradition was not left behind within Peru’s social hierarchy. Think about your upper-class Latin friends in your part of the region and, chances are, you have a long list of proud, Castilian names. Maybe a “de” or “de la” in the last names for extra points.

A purely gringo name, even if spelled correctly in English, can lead Latinos to assume something about your mixed-culture child. Those gringo names are just as indicative to upper-class Latinos as the ghetto names in the United States.

While having a gringo surname combined with a gringo first name would most likely be acceptable, consider my next point.

You may point out that COLIN is spelled the same in English and Spanish. That is only because it is neither an English or Spanish name, but an Irish name. But for practical purposes, we will lump it in with exotic and invented names.

All four of my mother’s grandparents emigrated to the United States from Ireland. And despite never having visited Ireland, nor being a person who drinks tea or watches soccer, my mother wanted to preserve the Irish heritage in a completely meaningless way by subjecting her son to a name that screamed, “I’M DIFFERENT!”

While there are many Colins running around today, I was the only one I knew or even met for the first decade or two of life in Missouri. And take it from me, it sucked.

When you’re five or six or ten or even 16, you don’t want to be different. Kids just want to be normal. They want to be like everyone else.

Having a name that people are constantly spelling wrong, pronouncing wrong or twisting into something to make fun of you (Collard Greens or Colon Blow for example) is only going to inspire the child to adopt a new name or write a blog post criticizing your decision decades after the fact.

Tobias Wolff, author of This Boy’s Life, was the son of a blue-blood intellectual. His parents gave him a blue-blood name. But by the time his mother split and Toby was running the streets with the other delinquents, he adopted the name “Jack.”

I used to dream about being “Michael.” For me, Michael was the ideal name. It was so common, nobody would screw it up. I would have been happy with John, Joe, Dan, Matt, Mark, I could go on and on. Anything instead of Colin. I hated Colin until AT LEAST 18 years of age, if not 21.

Wifey actually offered to name our boy Colin. As much as I would have liked to have my first son named after me, I killed the idea.

Colin is a very difficult name for Spanish speakers. Every single time I introduce myself (the percentage really is 100%), I have to repeat my name at least once. I’ve tried spelling it, everything. It’s just something I have come to live with. Anybody who has spent considerable time with me in Latin America has observed this, and the person I have spent the most time with (Wifey) has seen it a lot.

Me: Now think about this, my love. Every time I meet somebody, how many times do I have to repeat my name so they understand? Do you really want that for the boy?

Wifey: (thinks, realizes what I mean, eyes light up and, immediately) No.

Kids don’t want to be different, and they don’t want you projecting your own dreams and aspirations on to them. I didn’t give a shit about Ireland or being Irish. Being a red-headed Colin was not cool for even a moment of all my primary and secondary education, and many will say it still isn’t cool.

Fortunately Wifey is a traditional type, so the most damage she could have done would have been Colin Post Jr. I did not have to dissuade her from inventing a name or pulling something out of a third language.

And that brings me to the gay hipster who criticized my vanilla names for the pending daughter.

I used to work with a feminist chick in St. Louis, another hipster, and the idea of a man who names his son after himself set her off. She was disgusted by the father projecting himself onto the boy and depriving him of his own identity.

Well, having grown up with an identity projected upon me, I say that those of you clever parents who give your child an exotic or invented name are the left-wing equivalent of Junior’s dad.

You are putting your children through the same amount of suffering, but from a different angle, as George Foreman, who named all five of his sons “George.” If he is the ugliest American on the right wing of the naming spectrum, you are the polar opposite on the liberal side. And both extremes are painted in vanity.

I am proposing the extreme center. The apex of moderation. LET YOUR CHILD CHOOSE his own identity.

How do you let your child choose?

If you are reading this blog, you are most likely in a mixed-culture marriage. Your child is already going to have major identity issues. Like the half-black kids in school (who the blacks called “half white”), your child doesn’t truly belong to the gringos or the Latinos.

But you can alleviate that doubt by giving him or her a uni-cultural name. Pick a traditional name that is spelled the same in both languages. That way your child chooses what he or she wants to be. Not you.

While it would be pronounced different in each language, it would look the same on paper for resumes and college applications. And in life, your child chooses whether to be DAY-vid or Dah-VEED without repeating himself hundreds of thousands of times throughout his life.

* Jesus — yes it’s spelled the same in both languages. However a boy named Jesus will never be presumed a gringo, so off the list.

I am surely missing a few names. If you see one I have missed, add it below!