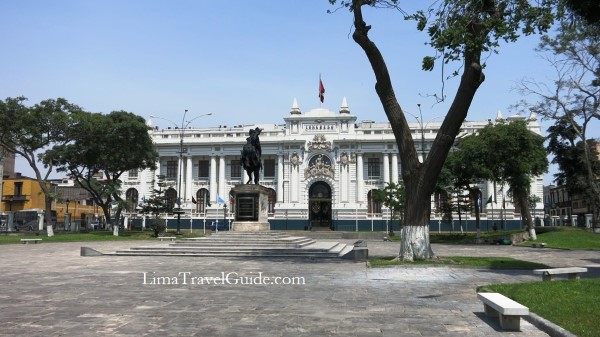 I have mentioned it in my newsletter, but this is the first public announcement of my newest publishing project: Peru Reports.

As readers from my days in Bogota may recognize, I am launching the site in collaboration with and under the tutelage of Adriaan Alsema, my friend and editor of Colombia Reports.

Like most gringos in Colombia, I visited Colombia Reports every day along with my preferred world-news sites. In fact, I never really read much of El Tiempo or Semana because Colombia Reports’ news was so comprehensive. I didn’t need to.

So if you visit this blog periodically, you may think I have given up writing, which is not true. In fact, I am writing more than ever.

However I am immersed in a new kind of writing: journalism. Much less flavor, but definitely difficult in its own way.

Here are some highlights if you’d like to catch up.

Tia Maria is a $1.4 billion copper mine plan in Arequipa, the first South American region I lived in over seven years ago. However the project is fiercely opposed by the farming communities who live in the Tambo valley of Islay province, not far from the Mollendo beach town.

Southern Copper, the mining company looking to build the mine, has a checkered history concerning Peru’s environment. On the other hand, mining and specifically copper are the engine driver of Peru’s economy.

Martial law was implemented after four people were killed in the protests, including a police officer, and the developments feature other drama such as audio recordings of one of the protest leaders asking Southern for a bribe.

See the Tia Maria tag and start from the beginning to really go down the rabbit hole.

The Tuman protests don’t get much international coverage. I didn’t pick up the story because they didn’t get too much coverage inside Peru either. But once I read up on what it was about, I was hooked.

One of the differences gringos will see in Latin American economies vs. our own is what some people call “crony capitalism” or “mercantilism.” Pro-regulation gringos may point to the power of the banks or oil companies in our countries, but uncompetitive capitalism is a different ball game in Latin America — even without considering unregulated monopolies.

In Lambayeque, the northern Peru department which is home to Chiclayo, there is a centuries-old sugar industry. One company got its own law enacted protecting it from creditors. So they have finagled ways to milk the business for profits while essentially letting it go bankrupt.

You usually think about populism and workers’ rights when you see violent protests. But in the case of Tuman, the workers are demanding the government dump the incompetent managers their laws protect. Almost stranger than fiction.

To get the gist, see Peru sugar workers demand exit of government-protected company.

One piece I’m proud of that took the same amount of research as the Tuman story was a piece on new telecommunications providers in Peru. When I moved here, there was only Claro and Movistar. When I went to Colombia, there was only Comcel, Movistar, and Tigo.

In both countries, customer service was abominable. In the Chapinero Movistar office on Kr. 13, I waited in line about an hour to buy a phone I picked out from the shelf with no help. I know guys who worked at cellular service companies in the States, where competition is fierce. Upon walking through the door, customers are more likely to be swarmed than ignored. Not Latin America.

Bu that may be changing. Some low-cost providers, one from Chile and the other Vietnam of all places, have entered the Peruvian market and are gaining share. More companies are coming as costs go down. See Low-cost providers shake up Peru’s telecom industry.

Those are the articles I’m proud of. The most popular articles, on the other hand, are not points of pride.

The most popular piece to date was the one-ton manta ray caught in the northern department of Tumbes on the border with Ecuador. My piece was linked to by The Weather Channel, which sent 7,000 visitors in one day less than three months after launching the site. Interestingly, thinking the server requests came from here, my host crashed Expat Chronicles temporarily.

The 2nd most popular article has been Mario Vargas Llosa leaves wife for Isabel Preysler. I did not consider this “news,” but my wife wouldn’t shut up about it. That’s how I learned that Isabel Preysler is the ex-wife of Julio Iglesias and the mother of Enrique Iglesias. So considering I also needed an article to start off the Lite category, I went with it. The story wasn’t picked up much by the gringo press, so I think its popularity comes from a high Google ranking for English-language searches. That story had a followup development this week when MVL forced a retraction from the New York Times.

And the 3rd most popular story, and reigning champ which is on pace to surpass the first two, is the EU’s elimination of the Schengen visa for citizens of Peru and Colombia, which I did almost all my research based on Adriaan’s piece on Colombia Reports (as it also applied to Colombia). I copied, pasted and tweaked his bad English a little so mine would be sufficiently different, then added which countries are included in the Schengen area and clicked “Publish.” It must be well ranked in Google because it’s not news anymore, but it gets enough daily traffic to sit uncontested at the top of my little Trending Articles widget in the sidebar.

I thought I would be producing perfect journalism right out of the gates. Why? In retrospect, I thought I’d be good because I like to read the news.

That’s about as silly as thinking you’d run a good restaurant or bar because you like to eat and drink.

I cringe when I read some of my earliest stories. Adriaan especially had to help me with the headline and the lead. The mantra to remember, which he has reminded me many times, is to assume the reader knows nothing.

ASSUME THE READER KNOWS NOTHING.

I made the common error of what Adriaan called “name-dropping.” The worst example I can think of was the first headline for the article on the sugar conflict. It was originally titled “Lambayeque workers demand exit of government-protected sugar company.”

Lambayeque is the name of the department, or “state” in American English, where the company is located. So it’d be like saying “Michigan” or “Ohio.”

While it may arguably be good for SEO, the actual name “Lambayeque” is almost difficult even in Spanish and prompted Adriaan to say, “What the fuck is Lambayeque?” And of course, “Assume the reader knows nothing.”

The storytelling, if I may allow myself the privilege, was on point from the first day.

The poor infrastructure combined with relatively lax (if not nonexistent) rules of the road combine to cause spectacular disasters once or twice a month. Covering some of these stories ruins my day (See 38 dead after bus accident in northern Peru).

There are so many of these tragedies that sometimes they have dominated the homepage. So I imposed a minimum number of fatalities in order to cover the story: 10.

Personal cars and small buses are constantly tipping off the edge of mountains to kill five, six or seven almost every week. But if it causes less than 10 deaths, then it doesn’t get covered on Peru Reports.

In my opinion, safety on the roads is one of Peru’s most serious security issues. It doesn’t register with the public however, who are more concerned with crime – specifically extortion – and corruption.

In many ways, Peru news is a wild ride. You don’t see some of these stories in the States. It’s like a circus. You can’t help but shake your head and laugh at the election of Ancash governor Waldo Rios. Read the article, and find the devil in the details.

I may not have proceeded with this venture if I had understood what I was getting into as well as Adriaan, who worked as a journalist for several years in the northern European lowlands where his forebears were spawned.

It’s more than a full-time job. The “news” doesn’t take nights or weekends off. The Peruvian soccer team plays precisely at night and on weekends.

I truly understand what a “slow news cycle” is now. You have to publish content every day, but sometimes there simply isn’t anything important happening. This is when newspapers have a clear incentive to manufacture or embellish stories.

But then one day as you’re complaining about the slow news cycle, five or six things which are newsworthy will happen. And you’re under the gun to cover it all as soon as possible no matter what time or day it is. Then you miss the slow news cycle.

So do us a favor. Check in once in a while to see what’s happening in Peru.