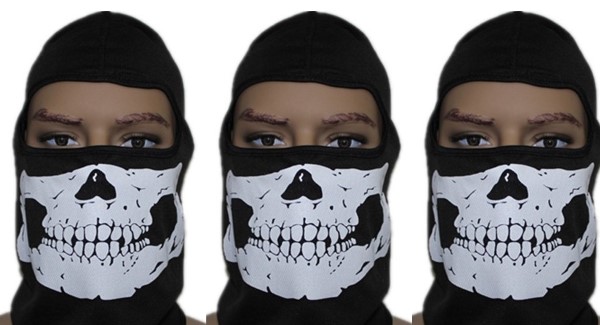 Read about my DAS Incident(s) from 2011 (if you haven’t already), which inspired a Colombia Reports op-ed about censorship.

Implications of media and free speech aside, that DAS Incident was pretty tame compared to Kendall’s DAS incident from his sensational memoir about smuggling, prison, and Colombian underworld – Smuggler’s Diary: Cocaine Karma. But it now while it’s only $2.99, before he comes to his senses and raises the price to $10.

To set the stage for this scene, Kendall had recently escaped after spending a couple years in Cali’s Villanueva prison. But instead of slipping out of the country and back home to the U.S., he got caught up partying in Bogota. Not too surprising for the readers here.

The only advantage to living there was that there were no cops hanging around – too dangerous. A Canadian had given me a Buck knife I always carried with me, and at night while walking, I kept it opened in my hand, hidden up my sleeve. A weapon is useless unless it’s in your hand.

I was in downtown Bogotá on one of its busiest intersections. There were hundreds of people fighting to board an endless stream of honking buses. Even the tough guys didn’t dare wear jewelry in this part of town. I was maneuvering through the crowd when I heard someone shouting, “John.”

I turned around to see someone I didn’t recognize approaching me; he was obviously not a cop.

“Hey John, you remember me, don’t you? You know, in Villanueva?”

“You remember, manito, I used to live on the 1st-floor pasillo right behind your caspete.”

Everybody in that pasillo had worked during the day at the box factory and had drunk coffee at night from my caspete that I’d passed them through the bars that separated us. I vaguely remembered him as being one of the thousands of faces I’d seen in Cali. He had escaped along with two others out of the shop area only months back and had just arrived in Bogotá. He was wearing a long trench coat and was shoplifting to survive. Shoplifter didn’t have a place to live, and like a fool, I invited him to stay with me until he found his own place.

He’d been crashing at my place for weeks and would always come up with excuses why he couldn’t leave. He’d been shoplifting everyday stealing stacks of clothing that he would brag about, so I knew he had money.

I began to have this premonition that I’d been in Bogotá too long. Disaster was never far behind when I’d felt like this in the past. I knew I urgently needed to get the hell out of Dodge, but I was constantly broke and unable to move.

I forced myself to get my act together. I bought a color TV and some furniture for Carlos with the counterfeits. He paid me a portion of the 30,000 pesos he owed me and promised he’d come up with the rest soon.

Shoplifter hadn’t been home the night before, so I was lying in bed just being lazy. I heard him knocking; I unbolted the door to let him in. He said he’d found another place to live; he gathered up his belongings and vanished. Cool.

It was time to hit the street. I’d slept in my Levi’s so I put on a shirt and sat on my mattress in front of the door. I put my socks on then grabbed one cowboy boot and pulled it up and on. I grabbed the other one and started to slide the boot over my foot when the door suddenly flew open. It hadn’t been bolted. There standing two feet from me was a gentleman pointing a gun straight at my head! And he was going to fire. There was no doubt in his mind or mine as we looked at each other straight in the eye. He was looking for something in my eyes before he was to pull the trigger, and truthfully, I didn’t care. Let me tell you why.

I’ll never be taken in alive, I’d sworn to myself when I’d been at Cowboy’s hotel just after my escape.

This might sound trite but it wasn’t – I’d meant it with all my soul. It’d been something I’d chanted to myself daily all day long. I would run if I were to see trouble. Fuck it if I were shot in the back. This was as much a part of me as urinating. I’d had enough of prison. I felt nothing, not even animosity, as I looked at this man ready to blow my brains out – I’d simply be dead. So I just waited when…

“Stop, stop, stop…” his partner screamed while running up to him. We both blinked. The moment was over.

What had saved my life was this: These two DAS agents (Colombia’s secret police and known death squads) had been conspicuously dressed in suits when they’d entered through the front gate walking right by the front house to the back walkway, which led to my room. One agent had remained at the corner of the walkway to make sure nobody could see what was to transpire. The other DAS agent had walked the twenty feet to my room and slammed open the door that Shoplifter had purposely left open. He’d found me sitting on my mattress right in front of him. He was DAS and had orders. They were simple. Everyone living in the front house had known I’d problems with the police and had become very protective of me during the previous five months. We were friends so they’d followed the DAS agents as they’d entered the walkway. The agent at the corner had tried to hold them back but they’d squeezed around him to see the other agent pointing a gun into my room. This had been when his partner had yelled, “Stop, stop, stop…” while sprinting up to him; too many witnesses around.

I finished putting on my boot and exited the room. There was only one thing on my mind and that was to get away. I’d been pumping myself up for nearly a year and it was finally time to see if I had balls or not. Many spectators gathered at the front gate to see me off. They watched as one agent tried to handcuff me but I flatly refused – you can’t run with cuffs on. I was sure they’d shoot me right there and be done with it.

I wanted to bolt with every step I took but being shot in the back at point-blank range by two cops… Nope, ain’t got no balls.

They marched me downhill to a black and yellow Renault taxi chauffeured by another agent. I was prison bound.

I was first taken to DAS’s new jail facility. The jail’s reception desk was on the 2nd floor along with the holding cells. I needed to relieve myself, so I was allowed to go to the bathroom by myself. There were six stalls inside and a 10-ft high ceiling dotted with 3-ft square skylights that had three bars going across them for security. But for some reason they had cut one bar off. I figured I could easily stand on the stalls, break the plastic skylight and squeeze through the missing bar onto the roof. It would be a fair drop to the ground but I was practiced from my last escape. The hard part would be to get to the bathroom alone.

I exited the bathroom and was led to a cell that had a bed, mattress, clean sheets, a pillow and walls that were newly painted yellow. They claimed they didn’t have a kitchen so they didn’t feed prisoners there, but if you had money then they’d buy you food from a local market. I usually sent out for yogurt. Friends and relatives were also allowed to bring in food, clothing, toiletries, et al. I had neither.

My second day at DAS was a day of weirdness. I was taken downstairs to the basement; a large room divided in half by a guardrail. On my half there were two tables with two occupied chairs behind each of them. The four agents seated there were wearing black pointed hoods with white skulls printed on them! They were perfect replicas of the KKK hood. I found the charade more amusing than scary. Behind the other half of the guardrail were rows of over a hundred tiered movie seats that filled up quickly with agents; many donning black robes along with their black skull hoods. It was standing room only with around 150 agents in attendance when the interrogation began. I’d nothing to hide so I stood there relaxed as they questioned me thoroughly. Escape isn’t a crime you plead innocent to. They were doing this for one purpose only and that wasn’t to frighten me. This was their way of introducing me to all their agents who worked the street undercover. This was DAS’s main office and henceforth over a hundred agents would be able to recognize me. After questioning, I was returned to my cell.

The room full of DAS agents in black hoods with skulls was an image that stuck with me long after finishing the book. Buy Smuggler’s Diary: Cocaine Karma. Do you like the drawings? See the Illustrations from Smuggler’s Diary album on the Expat Chronicles FB page.