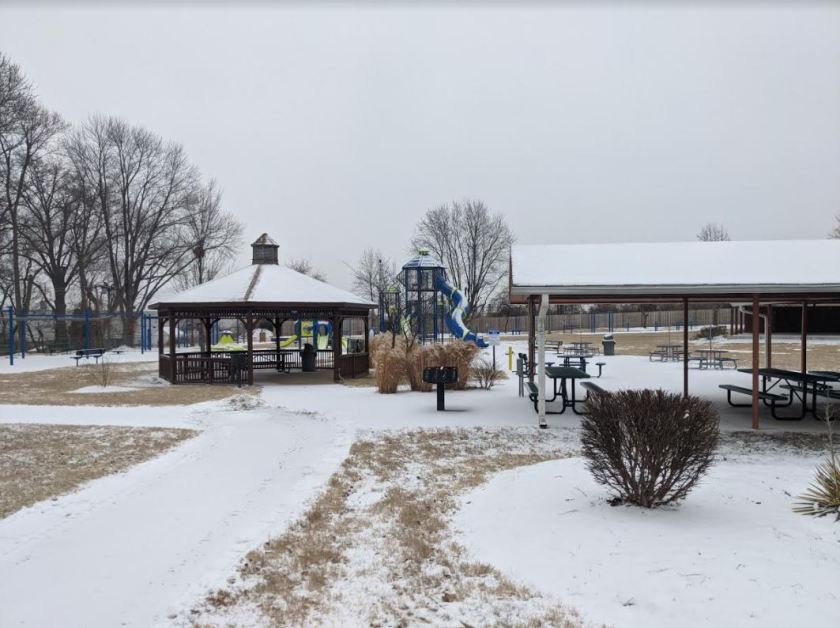 I’ve gotten in the habit of taking long walks first thing in the morning. Around 6 a.m. yesterday, I put on, in this order:

Then I started my walk. It was 15 degrees Fahrenheit outside (-9° Celsius). If lucky it will rise to 20 degrees after lunch. There was an inch or two of snow on the ground.

There isn’t a mask mandate while outside, but the pandemic has taught us that facemasks keep your nose and cheeks warm. I completed the walk without getting too cold. In fact, at one point I was toasty enough to take off the mask. That lasted for about five minutes. Then I put it back on.

I’m from here, so I grew up thinking this was normal. At the same time, I’m not so far removed from South America to know there is a better way.

The stereotype of expat life is a house and/or office at the beach. But most people don’t want to live by the beach, and most of Latin America’s great cities are in cooler climates. According to Google, Buenos Aires gets down to 47 degrees Fahrenheit and Santiago is a little colder at 36° F. But those are the coldest. Most Latin American capitals are moderate with no extremes.

It’s never hot in Bogota. You could spot tourists by their shorts and sandals. While it isn’t hot, it isn’t too cold and it never changes. Bogota sits almost on top of the equator, so there are no seasons. It’s the same temperature all year round, so I had only one set of clothes! You would only need shorts if you travel to lower altitudes, which include the beach destinations.

I occasionally hear gringos hear say they would miss the seasons. I have to call bullshit. Having one set of clothes is the dream. In Lima and Arequipa there is enough seasonal variance that you need two sets of clothes, but both ends are still moderate. You never need much of what I put on this morning.

My wife was excited to see snow for the first time. I told her, as I tell others, that it’s beautiful for 10 minutes. An hour at most. Then it’s a pain in the ass for three months.

Removing snow is a hassle. You can mitigate shoveling by living in a fairly urban neighborhood. My driveway is so flat and short that I don’t bother, and the municipalities sometimes plow the streets before I even realize it has snowed. If you don’t have to shovel, scraping ice off the windows is a bitch. And since driving is the only way to get around most cities, you’ll inevitably have to drive on dangerous roads.

Will I get used to it? Will I forget how comfortable life is in the tropics?

Dear expats, could you go back to this?