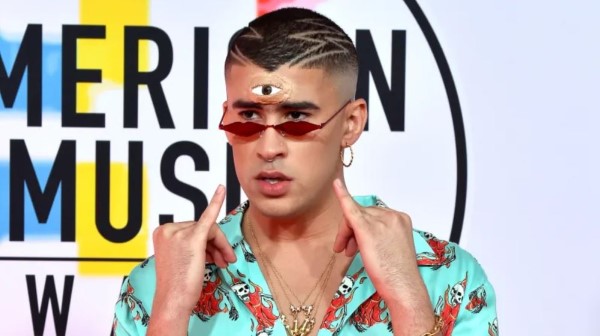 Bad Bunny dropped his first album on Christmas Eve. It’s not bad, but it’s not great. It’s definitely not perfect. If anything, it’s bad news because all my hopes for Bad Bunny to become the new king of reggaeton evaporated.

Many a gringo idiot drooled over the album in what I assume are writers who don’t really listen to reggaeton but don’t want to miss the bus on what they are assuming is the next big thing in the growing Latin demographic. See similar tripe from Rolling Stone, NBC, Pitchfork and Remezcla.

The album’s best song, “Not Good Not Bad,” could be the name of the album, as opposed to “X100PRE.” I would forgive you for not immediately recognizing that as “Por Siempre.” It didn’t come right at me either. It’s been years since I have exchanged texts with quasi-literate-yet-somehow-in-college girls.

Most of what’s wrong with the new album is the case with this song as well. It’s not hard.

When Bad Bunny came on the scene with Tu No Vive Asi, I thought it was the dawn of a new artist making hard-ass songs to get amped up. What I call training music, or what Eminem once called “fight music for high-school kids.”

Bad Bunny followed that debut with some weak tracks like Me Acostumbre, but it wasn’t long before he dropped Chambea. The song featured Ric Flair and had Bad Bunny shouting “¡Jala!” It was turn-up music, and it reinforced my hope that Bad Bunny would be putting out hard music.

Bad Bunny has since blown up to become arguably the top reggaeton act of the moment, collaborating with a laundry list of A-list artists in both English and Spanish. His success culminated in his performing Estamos Bien on The Tonight Show, which he dedicated to Puerto Rico a year after Hurricane Maria.

It’s great he’s rich and famous, but it’s not great for those of us hoping for hard music. Because the sound of this whole album and all of his songs since Chambea have softened. It sounds to me like the opioid epidemic. It’s great music to pop a bunch of pills and nod off to, but it’s not for American-football workouts.

Hard-ass rappers usually have a shelf life in how long they can continue to put out hard-ass music. As they grow wealthy, they inevitably have something to lose. They’re not hungry anymore.

A textbook example is Bone Thugs-N-Harmony, whose first album was all hard. Their second album was great music with some hard tracks, and it brought them Top 40 fame. But then when it all went to shit, and their double-disc The Art of War was mostly garbage. Youngsters today could peruse Bone’s catalog and wonder, what’s the big deal? The hard beginnings are lost by the years of whack attempts at revival.

That’s basically what happened to Bad Bunny, but across the span of HIS FIRST ALBUM. I know the industry is different today, and if you count up his singles this would be at least his second album. But still, he failed to put out even one hard-ass album. He’s gone all in on getting stoned and popping pills. In addition to “Not Good Not Bad,” you could also call this album “The Opioid Epidemic.”

Don’t get me wrong, I’m all for popping a gang of pills and nodding off. I did it for two weeks straight after my v-job. And I’m all for music while on the nod. But on-the-nod artists like Vert and Travis Scott never built my hopes up that they would be hard in the first place. Bad Bunny did.

This is the closest the album comes to something you could call “hard,” and that doesn’t come until the 2:20 mark. But it’s not hard enough to make a training playlist. Doesn’t make the cut.

Bad Bunny has some curious approach to filming the videos for this album. Is the idea to save on costs? The massage video at least had a build up as you wanted to see when he got to her ass, but this one has nothing at all going on. Same with Otra Noche en Miami and most others.

This is Bad Bunny’s second attempt at putting out something hard. The video features him working on a heavy bag for just under one round.

Now if I were going to put a round of myself working the bag on YouTube, I would try to upload a video that makes me look good. Granted, any video of me working a bag is going to look good, but I would try to get one that is good even on my standards. I would get in a few full workouts before recording to get my lungs and rhythm back. Then I’d film a few different rounds and pick the best one.

Maybe Bad Bunny is being humble here, showing how hard he’s not. Or maybe he’s keeping with the theme of the album: Not Good Not Bad. Because anybody who knows a little about boxing can see he is in Week 1 at most, if not Day 1, with his boxing training. He gets tired repeatedly, dropping his hands and sticking his tongue out, and he’s not even moving around the bag.

So not good, but not bad either given most men don’t even know how to stand, much less throw the jab, straight right or left hook. Not Good Not Bad.

Alternate Title: The Opioid Epidemic on a Heavy Bag.

While you could call this video Art with a capital A, I may start calling him Sad Bunny from now on.

Sad Bunny’s music isn’t completely whack. He’s not as weak as Farruko. But he isn’t what I thought he would be after his debut. I thought he was going to be special. But he’s going to be just another in the increasingly crowded field. Nothing special.

You used to be able to elicit a chuckle or a bit of shock with the name, “Bad Bunny.” I could post a pic to FB like this one of my boy, brave like the bull, to the glee or muted horror of Latin Americans. But now that Sad Bunny has gone pop, it’s not that provocative anymore.

I was tempted to reply to Obama’s 2018 playlist with something like, “You need some Bad Bunny in your life!” That used to be the equivalent of saying DMX or Jadakiss. But that is over. Now it’s like saying, “You need some Drake.” Drake is not hard, so saying that is not shocking.

But I couldn’t have posted that anyway because, in perusing Barry O’s list, and this really proves my point, I found he did have a Bunny track: that one he did with Cardi STD.

You may think I’m a hater for calling her Cardi STD, but her being so dirty and toxic comes with the territory of being the hardest female rapper. Think about it. Of course the baddest rap bitch is going to be a venereal super-carrier.

How could she not? A rapper with a clean bill of health, on the other hand, simply won’t be as mean. If the baddest rap bitch were to work in a Latin American ho house, of course she would be the most economic option in the place, the $10 special. The baddest bitches come from the bottom, mean bitches. The expensive hos are not diseased mudlarks like Cardi STD.

I admit I am biased toward Nicki Minaj over Cardi STD in their feud. But that is only based on physical appearance and beauty. Nicki Minaj is a knockout with a cute voice and personality to boot, while Cardi STD is a busted-down stripper from the Bronx who could only command $10 for a ride in a country like Colombia.

But even if she weren’t so much uglier with a less enticing figure, being such an illiterate guttersnipe will always push artists like Cardi STD to the top of a game like hardcore rap over a gorgeous, sultry maiden like Nicki.

Cardi STD’s scummy personage is what it takes to make the hard hits like “Money.” And make no mistake, Cardi STD’s songs are hard. I like them when I hear them. They’re not quite hard enough to make my training playlists, which frankly no female artists do, no matter how hard, dirty and downtrodden the street urchin may be. They simply lack the machinery to produce the testosterone.

But still, given Cardi STD lacks the machinery and still makes harder music than Sad Bunny, maybe they can collaborate some more to help Bunny find his mojo. All that testosterone rubbed off from the miles of dicks that Cardi STD has indulged, may rub off on Sad Bunny and toughen him up a little. Maybe?

This post was brought to you by Maca Nitro, an organic energy supplement to fuel those hard AF workouts. It’s currently Buy 1 Get 1 Free for $9.99 on Amazon.

If you just want the testosterone production without the energy supplement, check out Peruvian Naturals Maca tablets or powder.