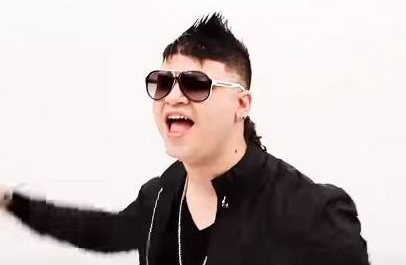 You have heard terms like “snowflake” and “libtard” used by the alt-right, the white-nationalist political base which I am not a part of. In the manosphere you see terms like “cuck” and “red pill.”

While the two communities are not mutually exclusive, but the alt-right is not the same as the manosphere. According to the Post:

[The manosphere is] a vast, diverse network of blogs and forums that take a certain antagonistic stance toward women and dating. Not all branches of the manosphere are overtly appalling; not all of them are even run by men. That said, their core philosophy basically boils down to this: (1) feminism has overrun/corrupted modern culture, in violation of nature/biology/inherent gender differences, and (2) men can best seduce women (slash, save society in general) by embracing a super-dominant, uber-masculine gender role, forcing ladies to fall into step behind them.

You can see how there is plenty of crossover between the two, but again, not one in the same.

And the seeds of the use of “soy” in a derogatory fashion were planted here, on Expat Chronicles, in 2012.

Back then I used to do reggaeton roundups (it seemed like a good idea at the time), and in 2012 there was this pussy-ass song on the radio all the time called “Hola Beba.” Also one called “Es Un Secreto,” about which I wrote the following:

If Daddy Yankee’s on Gasolina, Plan B is on soy milk in this song.

And then on Farruko’s “Hola Beba”:

That article was published in May 2012, five years before it went mainstream. Back then this blog was a part of the manosphere and had many manosphere readers. You may have found Expat Chronicles from one of those sites.

I say “was” because I doubt anybody considers Expat Chronicles a manosphere blog anymore. Not that I’m any less of a man, mind you, unless you consider that op I did last year.

But I’m still metal as fuck. Don’t let the smooth taste fool you, I will fuck you up … assuming I can find somebody to watch the kids, and I probably need at least a week’s notice if it’s going down outside my neighborhood, and of course I’ll need 20 minutes to warm up beforehand (don’t want to pull a hammy) … so watch your step!

While Expat Chronicles was a part of the manosphere, I don’t think I promoted an “antagonistic stance toward women and dating.” Like my boy Ashley Schaeffer, I love women. And I didn’t push a narrative that “feminism has overrun/corrupted modern culture, in violation of nature/biology/inherent gender differences,” etc. I think I was just telling stories that the manosphere community liked to read, and therefore inducted on an honorary basis.

I actually believe there is a little truth in the idea that feminist policies have gone a little too far. Not here in Latin America of course — don’t make me laugh! — but in Gringolandia a little, but not to the extent the manosphere thinks. Sorry to be a moderate pussy, but that’s what you get here. Hardcore centrism! And of course the first look at terms like “soy.”

Anyway, back then the seeds were planted and all the manosphere readers absorbed the use of “soy” into their conscious minds, and then it worked into their subconscious. That seed sprouted roots and grew over the years, until somebody added “boy” to the end of it, which isn’t cool at all.

You see, I chose “soy milk” to disparage the pussy-ass song because soy-based foods contain high levels of phytoestrogens, which can have a womanizing effect on a man’s hormonal system (his testosterone, the stuff that makes him a man).

But that’s only in concentrated soy-based foods like soy milk or tofu. There is nothing wrong with soybeans by themselves. The boiled kind you get at the sushi restaurant isn’t going to spike your estrogen, broski. In fact those little green chaps will have a better impact on your test than most everything else you’re eating and drinking.

In summary, there’s nothing wrong with soy in itself. It’s the concentrated soy-based foods that I’d steer clear of, but even those once in a blue moon would be fine. So I don’t agree with adding “boy” to soy without some other kind of qualifier.

But I had to let my seed blossom. It had to live its own life. No living vicariously through them. That’s what children are for. So I just sit back and smile that it all started here.

Plus, soy milk is about the pussiest creation out there. Lactose intolerant or vegan? Fine, but go all the way and make your own almond milk. For a dude to drink soy milk, it’s like listening to Farruko.

Now let’s all point and laugh [me laughing].

Farruko has tried to change his image in recent years. Now he has the nickname, “Trapficante.” Look at him all scary below. 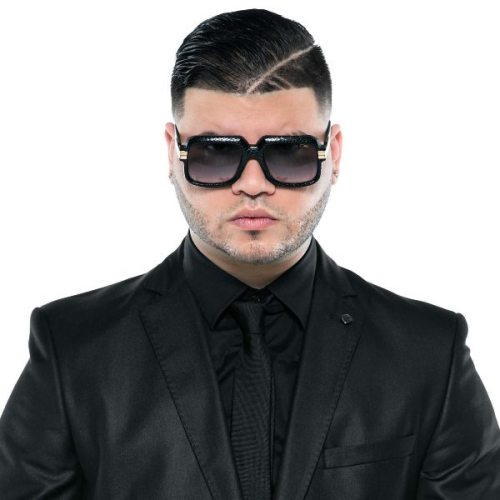 Nah, just kidding, Farruko, I actually dig some of your songs, the ones you sing hooks on of course, not the ones that are all you.

This one below is alright (but in all honesty it would have been better if they left him out).