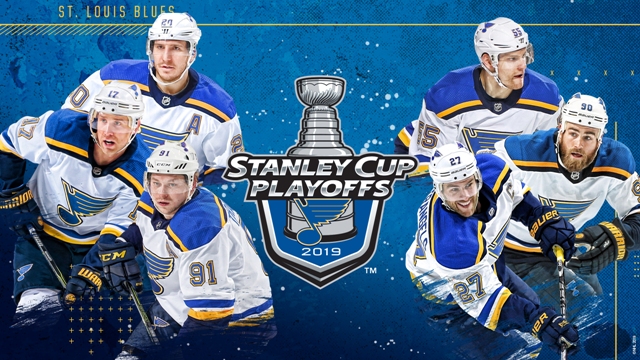 I mostly stopped watching professional sports a long time ago.

After college I began devouring books. Some of them led me to question why I watch professional sports. They compelled me to embrace my intellectual side, which I had suppressed for most of my life to fit in.

I came across books that either challenged that or put it in a different light. I specifically remember I Am Charlotte Simmons by Tom Wolfe leading me to wonder why the hell I am cheering on one group of dudes over another group of dudes. Why do I care about any of these dudes? Isn’t that what would later be called “beta?”

I stopped giving a shit by the time the Cardinals were swept in the 2004 World Series. It was liberating. I didn’t get all worked up with anxiety or feel the agony of defeat. When the Cardinals won the World Series in 2006, the city went wild while I, a grad student, did homework.

I would still catch a boxing match once in a while, and of course any red-blooded American watches the Super Bowl. But without all the emotion, I could watch dispassionately and enjoy the feats of athleticism for their own sake. No need to take sides.

That changed this year. I didn’t plan on caring, but it just happened. I moved back to St. Louis in February, and I bought my boy a couple hockey sticks. I took him to a game as a birthday present to my mother. It was my first hockey game since 2007, the last time I got her a birthday present.

Then the Blues started kicking ass and taking names. So I started tuning in.

Despite having a strong roster, the team started the season losing early and often. The disorganization culminated in a fist fight between teammates during a practice. A few weeks later the Blues had the worst record in the NHL. They fired their head coach and promoted Craig Berube, who engineered a turnaround for the history books.

Berube was never a star as a player. He was a tough guy who played a supporting role of physicality, and he was one of the best at that thankless job. To put it in numbers, Berube’s career spanned 16 years (very respectable longevity) while scoring a grand total of 61 goals. By comparison, today’s scoring leaders average 50 goals in one season, and the single season record by Wayne Gretzky is 92. So a total 61 over 16 seasons is below average, but it illustrates how strong his checking game was.

Berube implemented that physical culture in the Blues. That is their style of play. They’re big, strong and sometimes dirty. They beat teams up over periods and games. They excel in the later periods and the later games of the series, when the opponents’ bumps and bruises take a toll. The Blues have elite scorers, but they’re not really divas. They’re a hardnosed gang of hustlers.

The Blues are vying for the Stanley Cup championship against the Boston Bruins, a more elite team of goal-scorers. Very dangerous, high-octane offense. In soccer terms, the Bruins are like Barcelona and the Blues are like Leicester City.

Hockey is an easy sell to people new to the sport, especially if they are accustomed to soccer. In both sports the idea is to score goals, but in hockey the action is much faster and there is the violence. More shots, more scoring opportunities, more goals and more violence with little to no crying to the refs.

Watching the Blues, however, is not the best introduction to hockey for newbies. It’s ugly. A lot of broken plays and fighting for every inch of space. The less dynamic the action, the more the game is going in the Blues’ favor.

To get an idea of how the Blues physical play takes a toll, watch Game 2 of the Stanley Cup Finals. The Bruins tried to match the Blues’ physicality, especially in the second period, as many teams have tried. The problem isn’t that the Bruins can’t do it. After all, this is hockey. And in hockey, there are no wimps. Even the divas are tough.

But the Bruins can’t sustain that style of play for three periods. For the Blues that’s just standard play. For the Bruins, they’re expending energy. They’re putting in effort to play like that. And you could see that in the third period, when they had nothing left. Their killing speed wasn’t there. Their dangerous offense produced no danger. The Blues were teeing off on the Bruins’ goal until they closed the deal in overtime.

The Bruins trying to hit with the Blues is like you trying to mud-wrestle with a pig. Sure, you may hold your own. But the pig isn’t going to tire. And he likes it.

The National Hockey League had only six teams for over 50 years. The Blues were one of the first two expansion teams, along with the Philadelphia Flyers. And despite having one of the longest histories in the league, the Blues have never won a Stanley Cup championship.

The Boston Bruins, on the other hand, have won six, including in 2011. As a city, Boston has been spoiled with success. The Patriots led by Tom Brady have won six Super Bowls in the last 20 years. The Red Sox have won four World Series in the last 15 years and the Celtics won the NBA championship in 2008.

St. Louis has enjoyed success from the baseball team, and the Rams won the Super Bowl in 2000. But St. Louis is generally an underdog. It’s a provincial shithole, compared to cosmopolitan Boston. St. Louis just lost its football team, and the Blues have never won a Stanley Cup. It’s a city in long decline. It doesn’t have much going for it.

So if you like a scrappy underdog, cheer for the Blues. If you like divas who always win (maybe you own a Barcelona jersey), then the Bruins are for you.

Another angle to the Cinderella story, aside from Craig Berube and the physical playing style, is goalie Jordan Binnington. He had been bouncing around the minor leagues before being called up for the Blues as a backup. Berube started him one game and he’s been dominating, a breakout star in his rookie year!

Read: How a Fourth-String Goalie Led the Blues to the Stanley Cup Finals

Even as I started putting on my jersey for every game, I still protected my heart. The Blues have let me down before. There is a saying that has become popular in St. Louis: “cautiously optimistic.” The fans have learned better than to get their hopes up.

Hockey and the St. Louis Blues were my first love of sport. The 1986 squad led by Doug Gilmour, Doug Wickenheiser, Bernie Federko, Rob Ramage and all those guys went to the Conference Finals.

Above is the Monday Night Miracle. I watched that game on the VCR dozens of times. The Blues lost Game 7.

The Blues signed Wayne Gretzky just before the 1996 playoffs. He played on a line with Brett Hull and Brendan Shanahan. That was like Barcelona’s line of forwards, but they were knocked out in the second round.

In 2000 the Blues had the best record in hockey but were knocked out in the first round of the playoffs. In 2001 they advanced to the conference finals but were eliminated in five games.

The Blues held the longest playoff appearances streak in American sports around the time I quit watching, but the disappointments kept coming. They missed the playoffs in 2006. I lost track of who our players were.

The Blues experience is very much like that of Peruvian or Colombian soccer. They may get your hopes up now and then, but they’ll never win. Hence the phrase, “cautiously optimistic.”

We’ve been hurt before … but this time feels different!

I mean, I’m getting this to you kind of late as the Blues are up 3-2 in a seven-game series. And as I explained, the Blues get better in later games of the series. The Bruins’ injuries are adding up. Their spirit is being quashed, their will to win overcome. Their frustration mounts as the Blues keep hitting, keep fighting for every inch of ice.

I’ve realized something in my return to fandom. If you aren’t emotionally invested, you don’t really enjoy when they win. In order to get all excited, you have to put a little on the line.

My move from Colombia to Peru in 2011 may have come as a surprise to longtime readers. It came as a surprise to me. In fact, I was in Peru to get a work visa for Colombia. I chose Peru to visit an old girlfriend in Arequipa who I could never forget (now my wife. When I got back to my Lima to finish up the paperwork, I opened an email from my boss in Bogota. He fired me. No visa.

I couldn’t go back to Colombia, where my life was, but I didn’t care. I welcomed it as good news because I wanted to be with my Peruvian honey.

It was still unsettling news given my life was back in Bogota, but I saw it as a sign. I started drinking and logged into Facebook to chat with my girl. I didn’t give her the news yet. I wanted to surprise her in person. So we just chatted and I dreamed about living in Peru.

I’ve told that story before. But what I haven’t mentioned is that it was the same night as Game 6 of the 2011 World Series. Logged into Facebook with most of my social network being located in St. Louis, I watched the developments of the game in my feed (my not being at a bar to watch the game illustrates the apathy toward pro sports).

For those who aren’t baseball fans, this game featured a historic comeback led by David Freese.

I watched the last half of that game via Facebook shares, chatting with my future wife. I saw it as a sign.

I don’t consider myself to be fatalistic, but it’s hard to ignore that the Blues hard-to-believe campaign coinciding with big changes in my life this year isn’t also a sign. But maybe I’m reaching.

Maybe the Blues most physical, dirtiest player is Tyler Bozak. He put a hit on the Bruins’ goalie in one of the first games. And last night’s game ended with a bit of controversy as the Blues goals scored just after Bozak got away with a trip. But hey, that’s hockey. If Bruins player Noel Acciari hadn’t spent so much time on the ice crying for a penalty, maybe he would have stopped the ensuing goal.

So this oldie but goodie from EPMD is dedicated to Mr. Bozak.