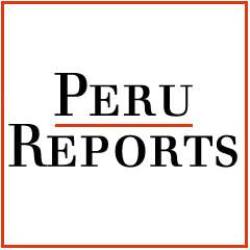 I sold Peru Reports last year. According to the official write-up:

Espacio Incubator today announces it has acquired Peru Reports, the leading English news publication in Peru. Through the acquisition, Espacio aims to promote the publication’s growth and to project a voice for Peru to the wider international community …

“We are thrilled to be working with Peru Reports and to continue the legacy that its founder Colin Post created,” said Espacio CEO Conrad Egusa.

The deal finalized last summer, as newsletter subscribers already knew. But I had almost completely stopped publishing the news in late 2016 for three reasons.

First and foremost, I lost my fire for building a premium-intelligence business after a key consulting session with two professional investors.

Let me back up a bit. I met Adriaan Alsema of Colombia Reports in 2010. I always admired his site and I learned more about his business on occasional visits to Medellin. I love reading the news and I admire journalists, so I always wanted to be a part of it. I just didn’t know how it would make any money. But in time I learned of the premium-intelligence model in which news sites charge readers a fee for their reports. I even met a blogger in Peru whose newsletter earns him a very comfortable living as a solo operation.

The key is that the information has to be valuable. Obviously. To be clearer, it has to be information used in business. Information that people can use to make money. Not for entertainment purposes, not expat chronicles.

The primary target market for this kind of information are professional and retail investors – people who buy and sell stocks and bonds for profit. I did some work for two such professionals. In addition to cash, part of that deal was for them to advise me on Peru Reports. They both trade equities for a living. One manages other people’s money and the other actually publishes premium-intelligence reports.

After building the site up to respectable traffic, Google visibility and, most importantly, a subscriber list chock full of the target market (banks, hedge funds, ratings agencies, think tanks, multinationals, etc.), I wrote my first premium-intelligence report in August 2016. I sent it to my advisers and we scheduled a conference call to give me feedback the next week.

The subsequent advising session was a bucket of cold water on my dreams.

For you dumb asses who can’t read the report, it gives a big-picture look at what’s going to happen in Peruvian politics and industry. But both advisers said it was lacking in sufficiently detailed information for them to make money.

“After reading your report, I got the feeling it would be great for political economists. But those guys don’t have any money,” Adviser 1 wrote in a follow-up email.

“I enjoyed the report on the pipeline sabotage. But I need to know how many barrels of oil were spilled, what would be the repair cost, how that would disrupt revenue for the national oil company,” said Adviser 2.

They added that there was no quantitative information on specific companies, and all premium reports have that. I put together a list of Peru’s largest companies (see this page). But as I put together that list, the picture started to come together for me. What they were saying is, “We’re speculators, Colin. We want to speculate. Give us information we can speculate on!”

And as I started to open up these companies’ annual reports (in Spanish no less) and thought about what quantitative info speculators want, I realized I would have to break open the old accounting and finance textbooks from college (I was a marketing dumb-shit).

I could produce those reports, but it would be a lot of work to learn something I’m not particularly interested in. So it was a step I just couldn’t take. I couldn’t continue doing the news AND jump into an informal study of finance and accounting in order to produce a $25 newsletter ($100 per month was the target price, do the math for 100 subscribers).

I decided to put Peru Reports on the back burner until I had a bona fide analyst who was willing to partner up. I know a few guys like that who work at investment banks, insurance companies, etc. At least two I had in mind are reading this right now (you know who you are).

But those kinds of guys tend not to be very entrepreneurial. Who would blame them? Would you leave a six-figure job in the States to partner up on my startup in Peru for nothing up front?

Around the same time I was thinking all that, my wife and I took a second honeymoon to Mexico City. I unplugged from the news for six days and it was lovely. Mexico City was lovely (seriously, CDMX if a great city). I didn’t miss the news from Peru. When I got back I had to jump back in. But I didn’t.

A ton and a half of work came up with my main biz, Peruvian Naturals. I jumped into that and never really looked back at Peru Reports.

I realized after Mexico that the news doesn’t sleep. If you want to be a journalist, and especially if you hope to make money on timely, valuable information, then you are always on call. If the president pardons the former dictator on fucking Christmas, then you have to put down your beer at least leave the family for your office and report the latest to your readers. There is no safe time. There are no vacations, no honeymoons. The news doesn’t sleep.

After Mexico, I realized I like to unplug. That was a big part of my decision to back off, but in hindsight the changes I would have to make to the report were just as troubling.

I am a staunch capitalist, but like Charlie Munger’s fictional parable and biting critique of “casino gambling,” I believe that too much of our global economy is based on trading securities. As Obama said, “Too many potential physicists and engineers spend their careers shifting money around in the financial sector, instead of applying their talents to innovating in the real economy.” Like Gordon Gecko, they create nothing.

So my serving that market would be like a vegetarian going to work at a barbecue joint. Not only do you not want anything on the menu nor care about the details of each menu item, you actually think the menu is not good for the public.

Again, I’m a staunch capitalist and I think an analyst who, say, manages the assets of a pension fund is creating value in the economy. But you know what I mean – buying and selling, watching the stock price, short-selling and certainly day trading – all that is about as important to the economy as sports gambling is.

The site went mostly dormant in 2017. An intern turned a couple articles out per week and I published one or two a month. In August Conrad from Espacio reached out and made an offer. I took it.

I almost regret quitting when I did. If I would have kept publishing news in those six or seven months I probably could have gotten twice the price. But it’s over.

Conrad was more than cool about everything. He wants to retain me as a kind of adviser to the operation forever, the aloof founder, and I can publish any story whenever I want. In fact I recently published an op-ed on the shit-show that is Peruvian politics.

I addition to staying on as an adviser, we also left the door open to collaborate on a premium-intel business if the opportunity ever arises. Are you in the speculation business and interested in a Peru-based startup to focus on an economy the size of South Carolina? We’re looking for a self-starter type who is dying to work for equity. Holler!

After the handoff I felt a huge relief.

I started publishing more on Expat Chronicles. Over time I dropped the belief that my internet personality had to be this sober analyst that sells premium intelligence, and I tried my hand again at humor. Because that is what I like to do, I want to give you a laugh. An escape from the drudgery, if only for a moment. Even if you’re not going to pay me for it.

If you do want to pay me for it, you can buy something from Peruvian Naturals on Amazon. Going on a honeymoon? Try Maca for Men. Mad lead in the pipe.