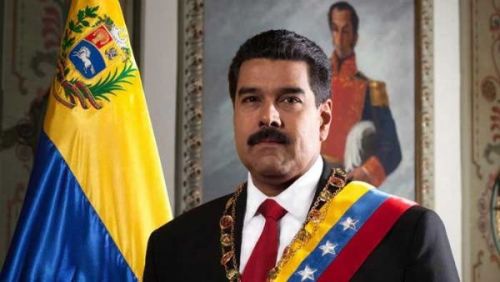 For the last few years, the conventional wisdom of the Venezuela punditry holds that Nicolas Maduro “lacks the charisma” or political skills of his predecessor and mentor, Hugo Chavez. His harsher critics call him inept or a fat dictator. And the iconic image cementing that perception was his fall from the bicycle.

But let’s turn the assumption on its head. After all, Venezuela just held a special election for delegates to rewrite the Constitution. The new Constitution consolidates power more than Chavez ever did and frees Maduro’s unpopular government from having to go through the elections charade during a grinding economic crisis and approval below 30%.

Let’s do away with political argument for this thought experiment. Any left-wing nuts who think Venezuela is a victim of economic war can stop reading now and go back to their safe spaces at Telesur or RT. And any right-wing ideologues who want to state the obvious 30 years after the fall of the Berlin Wall can save their breath too.

What we’re looking at here is strategy and political skills. And in that light, I’m making the contention that Nicolas Maduro is not the inept and out-of-touch leader he is portrayed as, but a deft operator who is masterfully playing the impossible hand he was dealt.

I don’t want to take anything from Hugo Chavez and his extraordinary achievement in rising from a middling officer in the army to consolidating power, coopting the liberator to create a personality cult around himself, becoming a global darling of the left and laying the groundwork for taking a democracy to dictatorship. Most of his colleagues would have done that before modern times (Mao, Fidel, Kim Il-Sung) or in countries which didn’t have democratic traditions (Vladimir Putin).

But it’s easy to be the charismatic populist when you have a trillion dollars to spend (literally). It’s kind of like using Guile or Ken to beat Street Fighter II on Easy. Maduro’s job, which started when oil prices fell and loan repayments were coming due, is more like playing with Zangief or Dhalsim and the computer set on Hard.

If you don’t get the 90s analogy, Guile and Ken were two of the most versatile fighters in the game with strong offensive tools and good speed and mobility for defense. Zangief and Dhalsim had few useful weapons and were slow and awkward. So if you wasted your youth like I did, beating the game with Guile was nothing special, like winning elections by handing out hundreds of billions of dollars worth of housing, refrigerators and cold hard cash. Maduro’s achievement is more like beating the game with Dhalsim and the difficulty settings on Hard, because he has to hold on to power amid the harshest misery in the hemisphere and at least 70% of the country screaming “No Mas.”

Not only has Maduro imposed austerity to the point of humanitarian crisis, he’s refusing international aid while he consolidates power even further than Chavez did. Yesterday’s vote saw as much violence as a typical day in Syria, but i’s not stopping him from achieving the mission.

The punditry continues to cite the risk of a military coup deposing Maduro and installing a transitional government. But it hasn’t happened yet and Maduro cleared a major hurdle yesterday with the constituent assembly. He set the table years ago by placing vast areas of the economy under the control of the military, allowing a key state institution to get rich off kickbacks and other scams in oil production, mining, food distribution and more. Maduro still may be deposed, but it’s just as possible that he’s almost out of the woods, if he’s not out entirely.

Maduro has won precious time by dangling incentives like regional elections before the opposition and holding negotiations where he never intended to cede concessions. He constantly divides the opposition by stoking tensions between hardliners and those looking to negotiate. One of his most memorable moments was this dance with his power-broker wife after the opposition agreed to “dialogue” (a win for Maduro as it buys more time), set to the song “Indestructible” in a transparent attempt to piss off the hardliners.

The 2015 congressional election should have given the opposition a supermajority to override vetoes, unseat justices and perform oversight of the government ministries. Today the congress is powerless, thanks to Maduro’s systematic neutering and ultimate self-coup which has all but dissolved the congress.

After that 2015 election, much of the punditry predicted Maduro would be out in 2016. We are now more than halfway through 2017 and the table is set for Maduro and the PSUV to govern indefinitely.

To really appreciate Maduro’s strategic prowess and political skills, start with a few assumptions (whether you agree with them or not). Maduro’s government is a criminal dictatorship which resembles a mafia more than a political party. If the mafia ever loses power and their crimes from drug trafficking to money laundering are exposed, most if not all of the key bosses will go to jail. The middle managers and soldiers on the street will lose their relatively privileged positions in society. So the party leadership is all in, to the death, and the party faithful is in enough to fight for their comforts.

We already know a lot about what crimes are involved, but opening up the books will undoubtedly expose more, and only Venezuela’s leaders have an idea how bad it is. The extent of their crimes might be so bad that even a sweet, negotiated transition with mad amnesty isn’t enough. The party bosses may fear that the public will be so infuriated that they’ll scrap whatever guarantees they had agreed to.

So with that in mind, set your assumptions so that Maduro and the PSUV never planned on relinquishing power no matter what happened in elections. They were always planning to transition to dictatorship at some point. I mean, their Cuban coaches must have told them that there would come a day when they would not win at the ballot box, and that they should be prepared.

If you hold that as your assumption, you HAVE TO conclude that Maduro has played his hand masterfully. His execution has succeeded for four long years of the population suffering. And give him credit for not accepting exile in Moscow and leaving his generals and lieutenants to fend for themselves. He’s steering the ship, staying the course.

Now the ball is in the opposition’s court, and I’m not sure they know what to do. Will they figure it out by the time Maduro makes the rest of this year’s bond payments and new money comes in to spread around? Will the lower classes return to the socialist fold if he’s handing out goodies next year?

Maduro inherited the doomed governance and economic model from Chavez. And for all of Chavez’s political genius, his most brilliant move for the sake of his legacy was to die just before the price of oil tanked. Because no amount of charisma can sell the belt-tightening austerity (literally) that Maduro has implemented since 2013. Just like the socialist dweebs of today wear Che’s image today instead of Fidel’s, Chavez will get all the glory. But like Castro, Maduro fought the harder battles.

I bet Maduro laughs when the critics say he’s inept and lacks Chavez’s charisma. He may relish in being underestimated. “OK, I’ll be that,” he says as he cancels elections from the presidential palace, and gives orders of repression and detention to the military brass.

I highly recommend reading about “carnage” on voting-day at Caracas Chronicles. Also, go back to see how right I’ve been on Venezuela over the years.