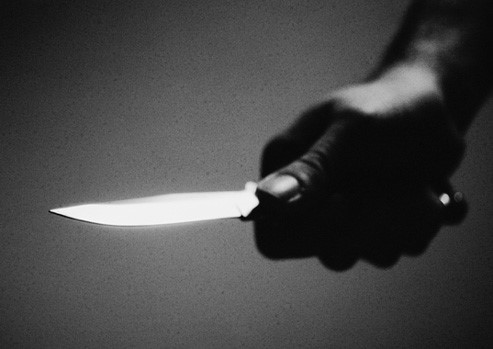 This article was contributed by Benjy Hansen-Bundy of Colombia Reports. See his blog at pocketsounds.net.

I was jogging on the byway perched on the hills above the city. I passed a leafy stretch near the university into a dodgier neighborhood. Ten yards in front of me a group of young men waited to cross the street. They watched me hungrily. Their conversation – their every movement – froze at the sight of this misinformed gringo running through like he’s in Venice Beach.

They made no move, no space for me to pass, so I Adrian Petersoned my way through a little gap, careful not to brush anyone. I considered the byway too busy with traffic for a robbery to go down. It would also be absurd for anyone to chase down a jogger.

I ran towards where the National Park extends into the hillside. Three blocks downhill, there are nice residential and university buildings. I reached an unpromising, walled-in, leafy area. It was well cordoned off, so I descended rapidly to get around it and find greener pastures.

The first portion of my descent was on a steep, narrow, winding path. My passage was blocked by a young girl descending at a leisurely pace. I slowed to a walk. After a block she turned off the path and it opened up to a normal road, still very steep. I started running at a quick pace, SBTRKT blaring in my headphones. I caught strange looks from mothers on their stoops and storekeepers rubbing their bellies. I was 300 yards from nicer streets. The grade of the road was steep and I was running fast. I sensed motion behind me and turned to look. I saw a man with shaved head and street clothes sprinting toward me, holding a kitchen knife in slasher grip. He was a meter or two away.

Our eyes locked. I first thought this is a joke. In a fraction of a second I wondered whether he would stick me. Then someone else shouted, “Money!” I realized all his buddies were behind me, also running, though not so fast. I ripped the earbuds from my ears.

The man chasing me with a knife kept pace despite wearing jeans. Our feet slapped the pavement loudly. My adrenaline never kicked in. I was running the bare minimum – just fast enough not to get murked. I felt the urge to stop and explain how ridiculous this is, because I’m not a bad guy. But I realized stopping was not an option.

So I spike my beloved iPod between my legs, just to give him a reason to stop chasing me, and in 50 yards it was over. I walked, looking back, wondering where in the fuck I actually am. Like what fucking planet.

The only thing I’ll add is that, generally, the upper hillsides of mountains in Colombia are sketchy. Like the favelas in Rio de Janeiro and the comunas from Caracas to Medellin, rich folks don’t build nice homes on steep inclines on the sides of mountains. Poor people build shantytowns there.

In Bogota, Avenida Circunvalar is a border that separates hillside slums from urban luxury, and Circunvalar is the “byway” from this story. As soon as you pass Circuvalar going up from La Macarena, Chapinero Alto, or any other northern neighborhood that straddles La Septima, you generally find low income housing and maybe gang activity. They are tiny neighborhoods, but often estrato 0 or 1. My last year in Bogota I lived on Calle 51, which leads directly to the Pardo Rubio neighborhood above Circunvalar. Pardo Rubio residents walked down 51 to get to the Transmilenio or Septima and Trece busetas. Once you’re hip to the neighborhoods “upstairs,” it’s easy to spot the passersby who live there. Judging from the descriptions in this story, Benjy’s pursuers most likely came from Pardo Rubio.