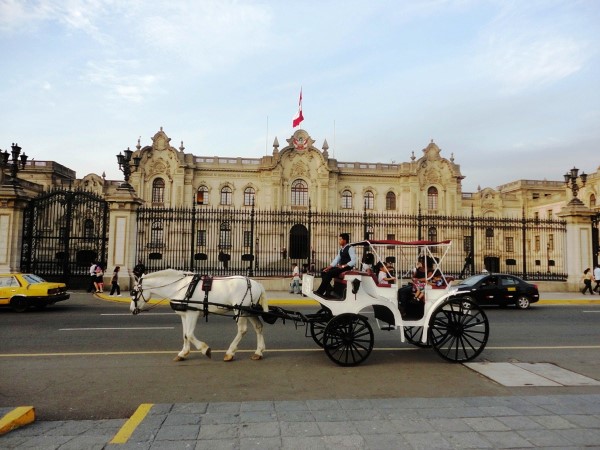 Downtown Lima is different than downtown Bogota in that it’s bigger, better, cleaner, safer, and not crawling with crackheads. The Viceroyalty of Peru was the capital of Spanish South America for over two hundred years. Spain ruled over its South American territories from Lima. Mexico City governed Central America, the Caribbean, and its territories that are now part of the United States (California, Colorado, etc.). In the 18th century New Granada was established, and Bogota governed what is now Colombia, Ecuador, Venezuela, and Panama.

Maybe being the previous capital of South America plays a part in Lima’s grandiosity. The plazas are bigger, more impressive, and make better pictures than any other city I’ve seen in Latin America, including Buenos Aires and Rio de Janeiro.

Most striking is the lack of indigents and drug addicts in Lima. I’m sure there are pickpockets, but it’s generally an area where you don’t have to watch your back, in direct contrast with downtown Bogota.