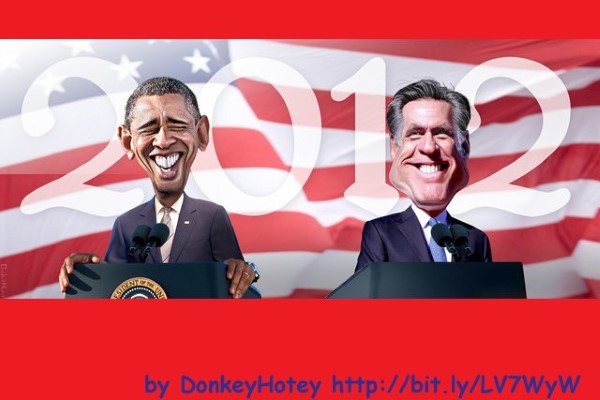 UPDATE: I no longer agree with this message, but I’m leaving it up for posterity’s sake. This was written at a time when I was utterly indifferent who won the presidency. As a centrist who has both conservative and liberal sympathies, I trusted the democratic process to work itself out. However, the rise of Trump has illustrated the fact that, in one of our two major political parties, there is no adult supervision. The inmates are running the asylum. So I voted in 2020 and will continue to vote. Also, being a father has changed me. I want to set an example of civic responsibility to my children.

This is an old article I published for MySpace, recycled and remixed just in time for Obama-Romney.

If you do as I recommend, you will save time, money, and enrich your life. In fact, taking my advice is easier than ignoring it because I am asking you NOT to take action. Don’t vote!

Economics hinges on rational behavior and how rational people behave. According to this theory, voting is not rational behavior. There’s an entire theory dedicated to voting, the Paradox of Voting, which states that “for a rational, self-interested voter, the costs of voting will normally exceed the expected benefits. Because the chance of exercising the pivotal vote (i.e., in an otherwise tied election) is minuscule compared to any realistic estimate of the private individual benefits of the different possible outcomes, the expected benefits of voting are less than the costs.”

My two-pronged argument against voting:

To calculate your chances of changing the outcome of an election, the truly random method would be 1 / n where n = total voters. However, elections are rarely random since most states have significant predictability. In California or Texas, your chances are much closer to zero because we’re sure those elections won’t be close. In small, politically divided states like Iowa, your chances will be a little higher, but still equivalent to zero.

So instead of true randomness of 1 / n where n = total # voters, I’ll use 1 / n where n = # votes the winning candidate gained over the loser in past elections, a ridiculously generous methodology. Here are some of history’s closest state presidential elections:

In each of the closest elections in US history, under my insanely generous methodology, one voter’s chance of changing the outcome, when rounded to the closest percentage point, equals 0%.

So use your time wisely, rationally!

Your candidate will not change your life.

George W. Bush and a Republican Congress presided over the largest inflation-adjusted federal spending increase since LBJ (33%). Discounting wars in Iraq and Afghanistan and the creation of the Department of Homeland Security, non-defense spending under Bush grew 4.8%, second to only Richard Nixon (another Republican).

Obama has not closed Guantanamo. Drone attacks have increased. The US intervened in Libya. The American government will probably (someday) begin helping the Syrian rebels.

Ron Paul is a nutbag. Ron Paul as president would be less effective than Gustavo Petro as mayor of Bogota. He’s a congressman. He votes on policy. He’s not a leader or a doer. He can’t build coalitions. People don’t like him. Did you see him on Bruno? He’s a freak. He would get nothing done. He’d be a lame duck for four years. If you are going to vote, voting for your favorite policy guy is naive. Vote for the guy who can get things done. Ron Paul is not that guy. He’s a nutbag.

The American system was designed with checks and balances. A new president can’t change much alone. There’s Congress, whose members are elected by an extremely diverse range of communities advocating for an extremely diverse range of interests. There’s a justice system, whose members are appointed by the presidents elected during extremely different national mood swings. Obama, Romney, Ron Paul, or whoever else you think can make a difference isn’t taking the wheel of a car. He’s taking the controls of a train. And the tracks are pretty much set.

An extremely effective leader can make some differences, as Bush launched a preemptive war and Obama got a health care bill through. But both of those acts were pulled off under extreme circumstances (post-9/11 and post-Bush-hatred) and each act had to or will have to stand the test of time from all the other powers. Even with extreme circumstances, the track is already laid. The train’s going in the same direction as always.

But what if everybody says that? What if nobody votes?

Everybody doesn’t say that. At least 150 million people will vote. Saying “But what if everybody says that?” is irrational. Be rational!

Take the time you’d spend at the polls and, instead of wasting it, spend it with your kids. Or with your significant other. Or work. Or do something that really enriches your life. Don’t waste your time voting.

There is one argument for voting that might work on me: an emotional appeal based on American soldiers who have fought and died for our country and to preserve our democracy. However, I believe they also fought for my freedom not to vote. Plus, this is an emotional appeal and I, on the other hand, am a rational person.

This article is for US citizens voting in American elections. If I lived in Iraq, Venezuela, or any other nation with an extremely delicate political situation and voting was a brave, important act, I’d advocate voting. Maybe.

But in the United States of America, DON’T VOTE!

“The people can elect whoever they like as long as I get to choose the candidates.” – Boss Tweed