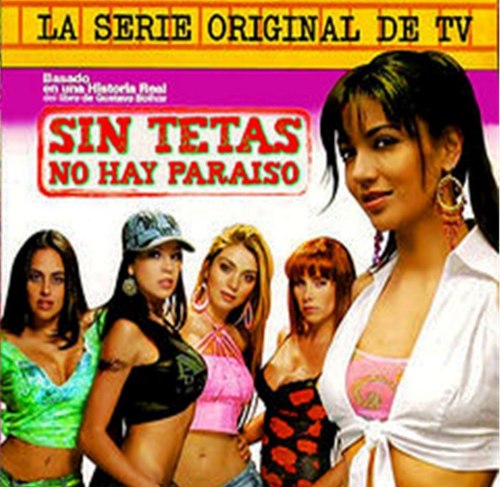 A reader by the name of “Lowrider” left a comment about his Colombian internet girlfriend after reading the obnoxiously popular article, All Colombian Women Cheat. In a nutshell, he wants to know if his webcammer is simply doing whatever she can to overcome her circumstances, or if she is just using him.

I wish found this website two months ago, before going through all the emotional stress and feeling humiliated. I come from a country where honesty is very important, where words are kept and people normally tell the truth, sometimes bluntly. My country is one of the least corrupt in the world, and hearing about a culture where lying is a national sport scares the heck out of me.

I am dating a Colombiana via email. I met her on a webcam site, and we came to chat there for two hours. She didn’t want to go on, she felt dirty, used, a piece of flesh, and her mother threatened to throw her out of the house. She didn’t ask for my email address, but I gave it to her because I wanted to hear more about her story. Never thought she would write, but she did.

We have exchanged 25 emails by now, almost every night. She writes long mails, three or four pages, using a Spanish-English translator. She is interested about my country and has read a lot about it. That impressed me.

As she doesn’t know English I offered her to pay for English classes, which is about $100  per month. She didn’t ask for the money. I said I could pay.

She works as a dental assistant in Pereira, and she goes to college to study psychology. She needs her job to pay for school. It was not enough, so she started webcamming to get quick money. Many girls do that, she says, and it seems to be true according to the bios on the webcam site.

She asked me to send her a computer so that she doesn’t have to go to an internet cafe. It was way too much money. I haven’t sent one and will not.

When wiring her the support for the first month the Colombian bank required the recipient’s full name, address and birth dates. She was hesitant giving it to me as she said I could spread pictures from her webcam life, and if it went public she would get fired and never find another job. But she finally gave me the info and I sent the money. She said the bank were thieves and deducted fees, so she cancelled the account right after. She wants to use Western Union in the future.

Her father was diagnosed with cancer and then he got a heart attack. She showed selfies from the intensive care station with a male person in the bed behind, hooked up to all sorts of equipment. It could definitely be her father.

I fall in love easily, but it needs to be supported by honesty. This story feels too good to be true. We talked about her moving here after finishing her studies. She said she probably will not be able to due to language, cultural and climate barriers. To see each other outside Colombia is too expensive.

I cannot limit her life and prohibit her from seeing men in Colombia. But she says, Why does she need a Colombian man? She wants to get educated, get out of the misery, and live a normal life. Any man right now would just be a hindrance, get her pregnant and leave her.

Her parents are fighting, so she has decided to move away from home to a small room. The extra costs don’t allow her to go to English classes. And now she cannot pay her college bill this month. She says it’s the last time she will ask me for money, but she needs $180 or she will be kicked out of school. I got angry before because she talks about money. Am I just a bank to her?

The problem is that I am brought up to be honest, caring, helping and understanding. I feel perfectly alright helping a poor girl in a poor country to get out of her misery. I hate being used, though.

After reading these comments, I feel I am being used. She would have to be a very good faker though, I don’t know how she manages to get together a story supported by pictures which doesn’t fall apart. Did she use a friend’s account at the bank? And did she sneak into a hospital and take a picture of some other dude?

Just cut it off, you’ll say, but I cannot cut off anything until I find out it is a lie, and I haven’t.

What can I do?

My reply via email:

I read all the way through … fun read but I’m sorry man, you gotta face reality.

Your internet girlfriend is a prostitute. She doesn’t just finger herself online, she also has sex with paying clients at a brothel or three in her hometown. She may study at a university, maybe not. I doubt it. I bet she’s a full-time prostitute and webcammer.

She’s from Pereira, which is the setting of “Sin Tetas No Hay Paraiso.” Have you seen it?

Thanks, but I must honestly say that I cannot tell from what she wrote me so far that she is a prostitute. I read everything she wrote me so far, all 25-28 mails, and her story has no weak points, no obvious ones. What she told me in the beginning she has kept telling me all the way, the dates are correct (some deadlines for paying the college for instance).

If you are right, and you probably are, I cannot believe how someone can be so low. I questioned her several times with my uncertainties. She says many Colombian men want to go out with her and just have sex, and she wants to work herself out of her current miserable situation by getting a good education. She doesn’t want a boyfriend, she says that many Colombian girls are working as prostitutes, but she hates the reputation her country has gotten because of it. And if you are right, she is such a person herself? I would not ever be able to lie like that, I would not be capable.

So you mean she is just squeezing money out of me? That’s her only goal? You mean she tries it as long as possible, and then she will not write to me anymore? I have no idea how much a prostitute gets, but she has not received much from me so far, why is it worth all the long mails every night for two months? I would find it to be a lot of effort for very little.

I do not really have a problem closing down the connection as such, I just need to get angry enough, but in order to get angry enough I need proof of a lie first. I was brought up to be honest and believe people are telling the truth until the opposite is proven. I would not have suspected dishonest about her story, her family and her plans.

In two weeks I am going on vacation. I don’t want this story to be hanging over me.

In 2011 working girls in Bogota charged from $25 to $100 depending on the neighborhood of the establishment. That was before the collapse of the peso and the influx of Venezuelans, so current prices are certainly lower now, and even lower still for a shithole like Pereira.

Your girl was a good webcammer because she is a prostitute. There may be a webcammer or two who is not a prostitute, but I think they’re one in the same.

Why go through all the work? Because her ultimate dream is for you to marry her and bring her to your country, or to bring your money to her country where you will promptly be supporting her family and picking up the tab for big lunches and dinners with extended family.

I’ll tell you what I’ll do … I’ll turn your story into a blog post and we’ll see what the readers say. Many many many gringos in Colombia — maybe even one in Pereira but I don’t know — will know what to tell you better than I do.