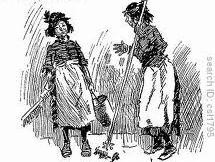 My last article, Classism in Latin America, wasn’t a dig at the upper classes of Latin America. It was meant to be a dig at the Spanish. Their ways manifested into countries where people would leave in droves for the US if they had the option.

The more time a gringo spends in Latin America, the more he’ll recognize the Spanish legacy, which has self-perpetuated wealth in a small, incestuous community via nepotism and cronyism. “Meritocracy in Latin America” – that’ll make many seasoned gringos laugh out loud. “Self-made man” – there isn’t a word in Spanish. How Latin American capitalism was designed promoted nepotism, with a well-known tradition of gatekeeping, alliance-building, pocket-greasing, and collusion in favor of fierce competition. Not even monopolies are prohibited.

Now everybody can point to some gringo rich kid who isn’t worth dick but lives well spending his parents’ money. Of course they exist. But in Gringolandia, it’s something to be ashamed of. In Latin America, it yields a feeling of superiority. There’s no shame in being a zero despite going to all the good schools and having all the opportunities. That just doesn’t enter their head because they were born into a good family. They deserve nice things by birthright. And this – the Spanish legacy – is why they’re largely disdained by expat gringos.

[I]f you’re walking down the street in Peru and you get in the way of a Pituco who is driving his car you better dive out of the way because he/she will have no qualms whatsoever about running you over. The fact that you’re not in a car will prove to this person that you are of inferior fiber. I’ve actually SEEN fancy cars hit people only to have the driver jump out of the car and BERATE the person they just struck!

This touches on a major area of classism I didn’t mention: the car. Colombian film El Carro perfectly captures the importance of owning a car to status and social class (it’s also a great Colombian film WITHOUT drugs, kidnapping, or guerrillas).

This is why Enrique Peñalosa‘s anti-car, pro-public transportation arguments are politically difficult. Although only 20-25% own cars, most aspire to own one. On the other hand, those arguments are easily swallowed by gringos. I don’t know the numbers, but an overwhelming majority of Americans own cars. In fact, it’s almost become a sign of status if you don’t own a car, since the only cities where you can do so are NYC, Chicago, and San Francisco – cities with some of the highest costs of living in the world. You gotta make good money to live in those cities. Everywhere else, life is near impossible without a car. I lived without one for almost two years in St. Louis. But towards the end friends and especially family were getting pissed for having to always pick me up for reunions and parties inconveniently or impossibly located to public transportation.

Here’s a different pituco rant from American in Lima:

(1) I was walking Lola through a park in Miraflores which is cross-crossed by running lanes. A middle-aged lady in a baby-pink running suit was jogging through the park at an achingly slow pace. Behind her trailed a small Andean maid in a blue smock and white apron carrying the woman’s water bottle. God forbid la señora should have to carry her own water!

(2) Last September Sammy’s school held … an elaborate fair with games, rides and raffles … I had a major pituca attack when I saw one lady in skin tight jeans and high heels (face almost alien-looking as a result of excessive plastic surgery) being followed by two uniformed maids, who were carting stacks of toys and kitchen items won at the raffle. One woman, two maids. Of course, the woman didn’t deign to carry a single raffle item herself.

(3) One day [my friend] was walking along the Malecón in Miraflores when she bumped into a client, who was parading her little toy dog. The dog was dolled up in a gingham outfit, and The Client began to brag that said dog had a Nana.

A Nana is like a nanny but more pretentious. The word “nana” is Italian for grandmother; in Peru is usually connotes a live-in maid who is deeply devoted to the welfare of a human child.

Plenty of rich Limeños have maids who walk their dogs, but to boast that you have a Nana for your pooch is pure, status-seeking insanity.

The Nana even accompanies the dog when the family flies to Miami for shopping expeditions, explained the client. It is so necessary.

And, of course, the dog has its own bedroom in the house, which is in need of redecorating…

Empleadas (’employee’ in English) are more than maids. ‘Maid’ in English means a woman who cleans the house. Empleadas in Latin America do much more. They cook, clean, do the laundry, and take care of the kids. The perfect translation would be ‘servant’. I imagine they don’t use ‘servant’ because it doesn’t sound nice in English. So they use niñera, chacha, and a slew of others. ‘Employee’ is the least harsh, ‘servant’ the most accurate.

The servant culture in Latin America is widespread. I don’t have a problem with the industry, it’s simply an effect of a less developed economy. If there’s supply and demand, so be it. In fact, I love being able to pay so little for someone to do my laundry and clean my room.

But some things are indefensible. For example, upscale Peruvian beach Asia sits just south of Lima. At Asia, servants are not allowed to swim in the water. Not even in they’re dressed in swimwear. How do they enforce this law? How do they justify it? What was the thinking behind it? I don’t know. But I know that there are two beaches in Asia: one for lower class, the other for the pitucos who come in from Lima. And in the latter, the maids must wear blue uniforms and stay out of the water. This isn’t a discrete way of discrimination, as Streets of Lima describes occurs in the posh Lima clubs where Inca-looking people always have the wrong dress code or whatever. This is indiscrete, explicit, on-the-books prohibition of citizens from a public beach.

One Colombian client, Colpresario, went off on a hilarious tirade once. He spent several years in the States and got Americanized, but he also grew up in Colombia, so his classism attitudes are a mixed bag. But he’s clear regarding empleadas – he won’t allow one near his kids.

Colpresario lives in the heart of estrato 6 Bogota. He once told me he sees couples walking around that make no sense to him at all. He believes because many upper-class boys are raised by niñeras (‘nannies’), that’s what they look for in their later love lives. Hence his shock when he sees a well-educated kid with a simple-looking woman. “He married the maid!” Colpresario exclaims.

Or sometimes, explains Colpresario, these young men will marry a woman of similar social class just for appearances. “But when they want a fuck,” (that’s a quote) they find a poor empleada.

For that reason, he only allows an empleada in his house once a week to clean. He won’t stand for one touching his kids. He insists his wife, an un-Americanized Colombiana who I imagine would like a niñera, give the kids all the affection and care. He doesn’t want his sons marrying a maid later in life.

Milagros told me a story from a hospital. The kid was crying, but she didn’t want her mother. Only the maid could soothe the crying. That kid may very well be on his way to marrying a maid.

I recently saw The Help about the servant culture in 1960s Mississippi. It’s has some eye-rolling Hollywood cheesiness, but it’s largely how things were in the Jim Crow South. And it’s very much what happens today in developing economies. So we gringos can’t act like Gringolandia has always been completely above it, but at least we’re past it.

On American in Lima’s post about the maids being banned from the beach, this comment from Barbara:

If Peru wants to enter the 21st century and be respected by developed nations, those kind of attitudes will have to go, whether the so-called elite like it or not.

That’s what it comes down to. It doesn’t matter how many Polo shirts and Tommy Hilfiger flags with sweaters tied around their waists they have. Classism is an indicator of low progress societies.