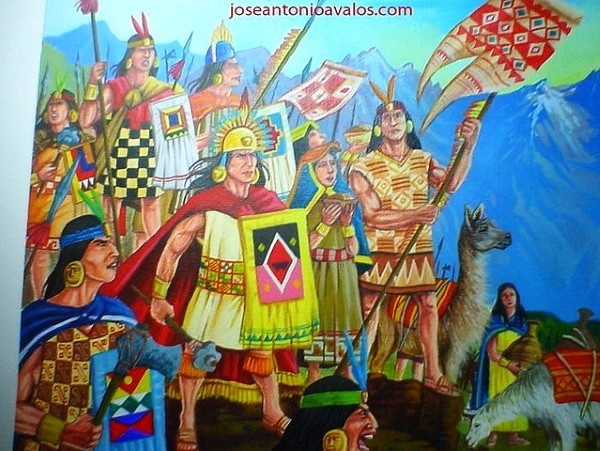 I always associated Peru with being surrounded by little brown people. Some full grown chola women come up to my waist. In Colombia nothing changed. Women who don’t watch where they’re going may get hit with an elbow – in the head.

Many Colombian tiendas have tables for four with fixed swivel seats. The space in these seats is so small I have to turn sideways and contort my body a little to get in. If I’m with a friend, they’ll have to sit on the opposite side (not just across) so our knees don’t hit each other. If we’re more than two, we may need another table.

On Bogota buses if a passenger has an aisle seat they usually don’t give it up. Instead they turn sideways to give you the window seat. There’s so little leg room I don’t fit in a window seat, so it’s the aisle or I have to stand. If someone’s sitting in the window seat, I can sit in the aisle but in most buses I still can’t fit my legs in front so I turn sideways into the aisle. It’s best when an entire two-person seat is vacant. That way I can sit in the aisle seat but spread my legs wide so I can face forward, taking up 1.5 seats. When new passengers get on the bus, they usually choose a different window seat to ask for before mine. But when there are none left, they sit next to me and I turn my legs into the aisle.

At tourist gift shops in Peru they sell these chessboards with Incas on one side and Spaniards on the other. The first one I saw had the Spaniards on horseback, wearing armor, and holding rifles. The Incas were on foot and holding spears. I got a kick out the Spaniards’ advantage in technology and size. I always assumed the Indians to be smaller because all the purest Indian-blooded people I saw – especially in Peru – were tiny. And the biggest players in my basketball league were mostly Spanish.

From these informal observations I assumed Indians to be smaller. So whenever I hit my head on low doorways or can’t fit in the seats at the tienda, I complain about the little Indians.

Politically-correct gringos may be thinking, “Oh my God! I can’t believe he said that.” Keep your gringo values in Gringolandia. Race isn’t sensitive here. I was recently in Bogota Beer Company (which just got 100% cooler for opening a location in La Candelaria). Their tables are tiny. The surface area is just a little larger than a proper American bar stool. So my friends and I pulled two of them together. When the waitress asked if we could use just one, I replied “No somos indiocitos.” We’re not little Indians. She laughed.

Peruvians often told me the Incas were big. I’d argue. Look at them, I’d say. If I go to the Southeastern section of downtown Arequipa right now, I can walk the crowded streets with my arms straight out and they’ll clear most everyone’s heads.

I’ve completely reversed my little Indians position. In October I went to Peru for the first time in almost three years. I was expecting what I remembered Peru for – constantly being surrounded by little brown people, even smaller than Colombians.

I was surprised after arriving in Lima. Every day I saw a Peruvian bigger than me.

One day at a gym I was looking at a musclebound Peruvian, a pure Indian. He had the stereotypical strong brow, square jaw, wide nose, and densely packed muscle. He had muscle coming out of his fingers. I thought, he’d be a phenomenal athlete if were just a foot taller. But at 5’3 …

Then it hit me. It hit me as I imagined this gym rat at 6’3. If this musclebound little Inca were 6’3, he would (A) conquer all the other Indian tribes of South America and (B) have sex with Spanish women.

The Incas were the largest pre-Columbus civilization in the Americas. They conquered tribes in Argentina, Chile, Bolivia, Peru, Ecuador, and Colombia. And they never had gunpowder or horses, so they must’ve been big, strong warriors.

The second point answers why you don’t see them around any more. That big Inca would’ve had all the Spanish women creaming their knickers. Some big Incas may have social climbed by marrying white women. Some may have studded for married Spanish women bored with their delicate aristocrat husbands.

Whichever it is, my new theory is that the big Inca genes are virtually gone because they mixed with Spanish. That’s why I saw big Peruvians every day – all of whom were the Peruvian mix of Inca and Spanish – but see almost none in Colombia, which (aside from African genes) is one of Latin America’s most European bloodlines outside Argentina.

Colombia’s European bloodline is most evident in Medellin. It’s why everyone drools over paisa women – they’re white.

The average Colombian may be a little bigger than the average Peruvian, but Colombia doesn’t have extremes on the big end of the spectrum. That’s not only why I rarely see Colombians bigger than me, but also why I’ve never seen one of those pussy-ass Colombian tienda tables in Peru. Too many Peruvian customers wouldn’t fit in them.

I started thinking about the flaws in my original assumption that the Incas were small. Aside from banging white women and diluting the big Inca genes, big Incas were surely killed off in wars or when Spanish colonists felt threatened. The large male Incas were certainly the first to go.

Then I thought about my old basketball league. All the big players were white. But then I thought about it again and realized all the players were white. Outside the States basketball is a posh sport (maybe strange to learn for those in the States, where it’s the preferred urban ghetto sport). Basketball is a hip way to differentiate from the poor peasants playing soccer. Almost the whole league were white alumni of the finest private schools, so looking at the power forwards and centers doesn’t prove anything.

Then I remembered El Negro, who was on my team. I guarded every big player in that league during the year I was there, and El Negro was the most difficult. He consistently got the better of me. In fact I thought of him when I read Mario Vargas Llosa’s description in Time of the Hero (GREAT BOOK, La ciudad y los perros in Spanish) of Indians’ hair being like needles. It doesn’t matter what El Negro tries to do with that hair, it ain’t doing much. But he was a big strong Indian, one of the best players in the league. A rare artifact from a lost bloodline.

There’s obviously nothing scientific here. I’m just trying to explain why there are some huge dudes in Peru, the heart of the Inca civilization, the largest Indian civilization in the pre-Columbus Americas, if the Indians were a smaller race. And why things in Colombia are built for smaller people on average if it’s a more Spanish bloodline. I could be completely wrong about everything here, there’s no way to know. 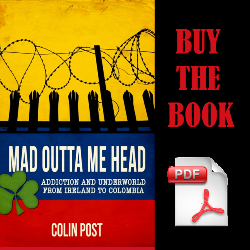